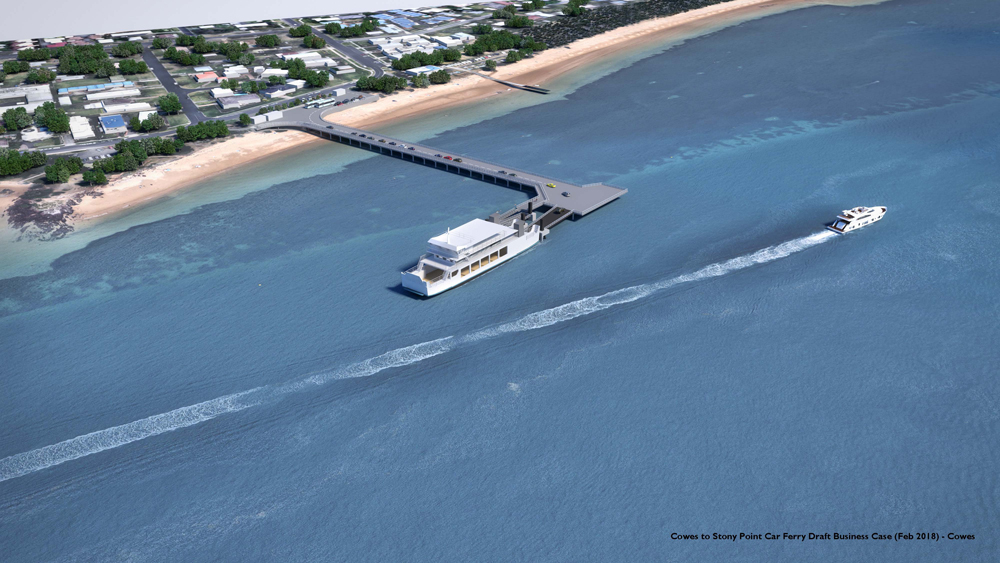 PICS is concerned that Bass Coast Shire Council has chosen to allocate $120,000 of ratepayers’ funds to examine the feasibility of the Cowes jetty as a car ferry terminal, which would jeopardise the values of the $2.4 million jetty triangle redevelopment.

PICS commends council on the redevelopment of the jetty triangle to create a car-free space for community events and recreation. This space has already proven itself as an asset for our community and tourism economy.

Last year’s Cowes Stony Point car ferry report revealed that the proposed car ferry is unlikely to be viable because it would, on average, cost users both time and money relative to driving the whole journey, leading to very low patronage.

This problem remains whether the car ferry terminal is located at the originally proposed Mussel Rocks site or at the nearby Cowes jetty.

The study failed to provide credible evidence that a car ferry would bring purported tourism benefits by smoothing seasonal visitation patterns or increasing overnight visitation and economic yield and that it would be an affordable source of public transport.

It failed to demonstrate that it could move large numbers of people quickly enough to be useful for emergency management. With the opening of the Phillip Island Health Hub those claims appear even less achievable.

For these reasons, PICS is concerned that a car ferry terminal at the Cowes jetty would not only jeopardise the values of the redeveloped jetty triangle, reduce the possibility for businesses to provide onshore experiences for ferry passengers, but potentially become a “white elephant” infrastructure on our unique north-facing foreshore.

In the event that the feasibility study proceeds, PICS believes the flawed business case needs to be addressed, Council should release draft terms of reference to the community for any consultancies and the Victorian Government must undertake a full environmental effects assessment for the car ferry terminal.