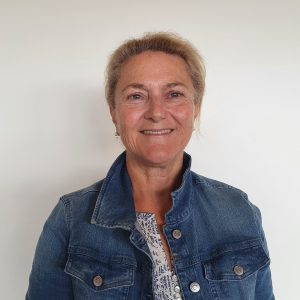 From dairy farm in the 1950’s to failed subdivision in the 1960’s, then years of neglect and misuse, the 28 ha conservation reserve, known today as “Scenic Estate Reserve”, is testimony to the resilience of our indigenous flora. After the subdivision (known as Scenic Estate or “Chinamans”) was condemned as too low-lying to ever be built on, the 332 blocks and roads became notorious for illegal camping, rubbish dumping, wild parties and uncontrolled access by four-wheel drives and dirt bikes. For 50 years a public embarrassment, in 2012 the site was finally locked up by Bass Coast Shire Council and set aside as a conservation reserve.  In partnership with Phillip Island Nature Parks, Parks Victoria and the State Government, Council constructed walking tracks, boardwalks, viewing platforms, picnic shelters and wetlands. The new Reserve was officially opened in March 2016. A compulsory buy-back of those subdivision blocks still in private ownership was completed in 2017.

The Friends of Scenic Estate Reserve (FOSER) was formed in Sept 2015 and operates under the auspices of PICS. Members of the community are most welcome to join. The group is active in assisting Council in managing the Reserve, monitoring environmental changes and providing Council with feedback from the community and visitors. About 6 working bees are held each year to plant indigenous flora, control weeds and clean up rubbish. Monitoring of vegetation and erosion is also done by FOSER. Management of the Reserve is guided by a Vegetation Management Plan funded by the PICS Public Fund and adopted in 2017.

At the 2021 Open Day John Eddy conducted a guided walk with a focus on the identification of 37 common indigenous plants found in the reserve and other parts of Phillip Island. Below is a pdf of the images with the names of the plants taken on the day.

The interim FOSER Coordinator is PICS’ Volunteer Coordinator Meg Anderson. FOSER is keen for more volunteers to join their committee which meets just twice a year, and is looking for extra volunteers to help coordinate working bees at Scenic Estate Reserve.  If you are interested in getting involved contact Meg.